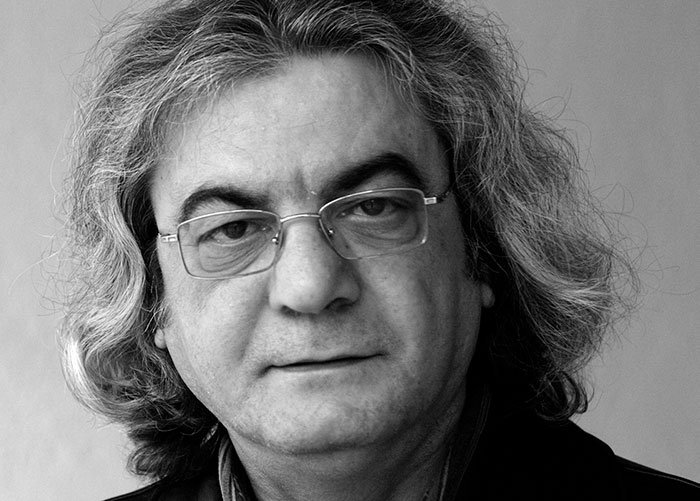 Does everything really end?
They leave the cups and the chairs
and I remain here, alone
to turn off the light and go to sleep.

And if they are hidden behind the doors
or behind the walls,
waiting?
And if, after I close my eyes
night begins in my absence?

Bassam Hajjar was born in Tyr, Lebanon in August 13 of 1955. poet, fiction writer, literary critic, translator, Publisher and journalist. He made studies of philosophy at The University of Lebanon and t The Sorbonne of Paris. Investigations, articles, literary critic and translations of his have been published between 1978 and 2002 in magazines Dutch such as "Al Fikr al Arabi al Muassir" "Nizwa" "Abwab" and in the newspaper "Al Nida" in Beirut. He was cofounder and editor in chief of "Al Mulhak", weekly literary supplement of the newspaper "Assafir", Beirut and since 1999 up to now editor of "Nawafiz" , weekly cultural literary supplement of the newspaper "Al Mustakbal", in the same city. He has participated from several poetry readings and conferences in Asia and Europe. Part of his work has been translated into French, English, Italian and German. Publisher poetry books: Preoccupations of a Calm Man, 1980; I Recount As Though Fearing to See, 1985; If Only Your Hand, 1990; Cruel Professions, 1993; Book of Sand, 1999; A few Things, 2000 and You Shall Outlive Me, 2001. In fiction he has published: : In the Company of Shadows, 1992; Lexicon of Ardent Desires, 1994; Simple Fatigue, 1994; Story of a Man who loved a canary, 1996; Elegy of Betrayal, 1997; Family Album, The passerby a Night Landscape By Edward Hopper, 2004. As a translator he has translated nearly 60 works in the areas of Philosophy, Social Sciences and novel, among other authors he has translated works from: Martin Heidegger, Marguerite Yourcenar, Yasunari Kawabata, Italo Calvino, Umberto Eco, Gesualdo Bufalino, Tahar Ben Jelloun, Jacques Derrida, etc.