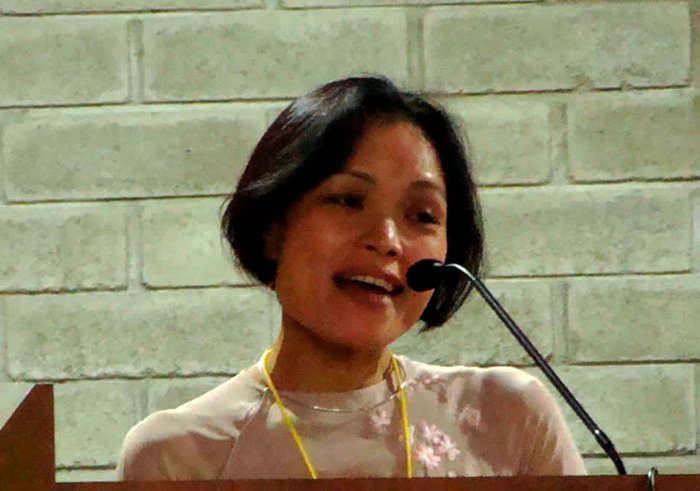 Memory is playing I-spy
With the things one remembers

It finds a wooden doll
And dreams of the forest

It picks up a shell
And hears the ocean

It sees the early sunlight
And feels warm kisses

It brushes bare skin
And is burned by love´s embers

It sips the night dew
And feels an old thirst again

It touches the river
And the ripples run away

It hides itself
And discovers the sky

It turns round
And falls into the abyss...

A DREAM ON A STRING

I am a sleep-walker, tied to a string
Pulled to the horizon by the wind.

Beneath my feet, the eyes of the houses are shut,
Sleeping soundly in the early morning frost,
Hiding secret lives behind closed windows.

Beneath my feet, the paths have been trampled
By people passing. Their rivalry,
Deception and treachery are asleep as well,
Utterly exhausted.

Beneath my feet, love has been abandoned,
Left outside in the withered darkness.
It longs for the light to give it life again.

I float my dreams on a string,
They rise and fall,
Then fly away. I cannot hold them back,
As they drift towards the dawn
Ready to fall asleep once more.

There is something I cannot tell you.
I’m as silent as a silkworm
Spinning a burnished thread.
I spread my love in the sun’s rays.
I weave my love into the light.
You are the impatient rain
Which moistens the silk I spin.

Father! Time has passed.
I have turned from dreams to life.
I have held the broken fragments
Of shattered dreams in my own tiny hand.
I have ground them down to protect myself,
Sharpened them to keep me alive,
And ground them down again,
So that I might still be able
To love and hope. 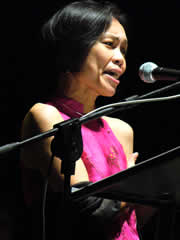 NGUYEN BAO CHAN was born on November 23, 1969, at Haiphong in Vietnam. She graduated from the Writing and Editing Program of the Hanoi Cinema and Theater University in 1991, and currently works as an editor and scenarist for Vietnam Television. Nguyen Bao Chan has published two books. The first, The Burned River (Dong Song Chay, 1994) received an award from the Vietnamese Literary and Art Union. The second, Going Through Winter (Chan tran qua vet ret), was published in 1999. She is one of the one hundred Vietnamese poets included in the recent bilingual anthology The Defiant Muse: Vietnamese Poems from Antiquity to the Present, published in 2007. In his essay “A New Voice Within The Ancient Fortress” Trinh Y Thu expressed: “Modern poetry can be brutally dry and emotionless. But one can say with some certainty that that is not the case with Nguyen Bao Chan, who in recent years emerged as one of the leading female poets within the Vietnamese literary circle. // Vietnamese poetry, with its long tradition dated back to the Li-Tran periods and even earlier, tends to be lyrical and full of emotion. Nguyen Bao Chan, at least on the surface, seems to gravitate toward that tendency, although her language at times takes the readers in the opposite direction. Most of her life, in fact, since 2 years of age, she has been living in Hanoi, land of the so-called thousand-year-old-culture as it is known to all Vietnamese, and the city has lot of influence upon her thinking and cultural life. This is clearly reflected in her poems. Hanoi is not only the ancient capital of the country; it also witnessed the birth of a nation thousands of years ago. Surrounded in that kind of tradition, it is not surprising to find her voice to be tenderly nostalgic. Here, poetry can be as soft as snow and the melancholy in her words is irrepressible. // But, it would be utterly wrong to think of her as a traditionalist. Although one cannot call her poems experimental, they are modern in the sense that feeling is expressed in the most intimate way. There is nothing to hide, and the inner self is examined with forceful self-consciousness almost like meditation. The result is poetry that speaks from the soul. Living and understanding perfectly well the nuisance and difficulty of modern life, she, however, doesn’t want to create a “shockwave” by exploring many taboos like the works of some of her contemporaries. Since her language is extremely sensual and always meaningful, she can create a sphere of intimacy that brings the readers closer to her sense. And that is the purpose of her poetry, sharing her feeling with others. She doesn’t need to throw her desperation into poetry. Every single word is cared and valued by her with the kind of tender and affectionate love. And that’s the quality of a true poet. The use of her Vietnamese language is always innovative…”