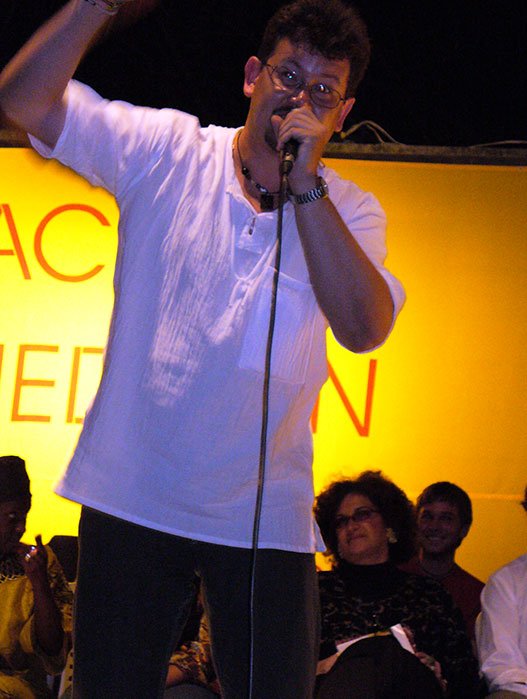 There was a lake,
The terminal station of suburban train.

There was a sky,
The terminal station of his flippant dreams,
Six days of travel across the rain.

And there was a sun on the seventh day,
And he saw
That the previous six were worse.

And there were sails,
Steamers and buoys
With the warning "no swimming".

And they were alone, only two of them in the world
But for natatoriums .
Gulls and school rovers.

And she was topless,
Wearing fashionable shorts,
With an apple in the pocket,
Protruding at one side,
As a tennis woman
Preparing for the first serving.

No need for the second one. 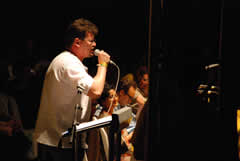 He is a teacher of literature in Belarusan State University and Belarusan National Liceum of Humanities. Head of Translation Workshop in Belarusan Colegium (Minsk). An organizer of Literature Contest Ya Maju Tvor  for Belarusan schoolchildren. Poems by Khadanovich have been translated into English, German, Lithuanian, Polish, Ukrainian.