From Romance of the City
For Luz Marley Cano Rojas, who owns it

XVI
A depot of rubble to the right of talk.
Of talk the labyrinth is more than the nominal
descent to the archetypes
where one loafes in the expansive
maxims that define the colloquial,
nominations from which one retturns follogwing the trail
leading to consent as culture,
that evasive and literary practice.
The risk is different in the labyrinth where it burns
revealing itself in romance
on a fringe of speech.

The reality of the romance longs for tendons of speech
burning and talking to the fire of facts.

To gather the roots of speech
even the pronunciation of ire and extermination.

Let it be on record, there are no coarse words,
and in the broth of speech, shouts, moans
and beautiful forms boil alike.

To poeticisize, poetiestigmatize seems to be the role
exerted by dogmas in the construction of the romance,
and every dogma is a nomad even in its extinction,
and when it is not, it is altered in its very emptiness,
I have said emptiness, I have not said diaspora, or
a deposit of rubble to the left of speech 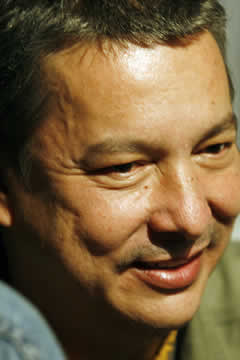