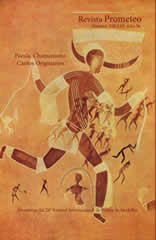 The 28th International Poetry Festival of Medellín continues its process of vital construction in support of the profound peace and reconciliation of the Colombian people, after the long war in our homeland, inviting the people of Medellin to raise awareness in the spirit of dialogue, the loving care of the earth and life, a legacy that we must deliver in splendor to future generations.   READ

Poetry, Shamanism and Original Songs
To Think and Dream From Our America
Press Release 02.03.2018 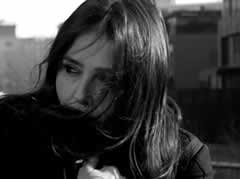 By Flaminia Cruciani
Special to Prometeo

A few years ago I founded a cultural movement called Poetry and Discovery, together with Tomaso Kemeny, Angelo Tonelli and other poets. In this movement I tried to express what poetry means to me. Let's start from the name of this movement.   READ 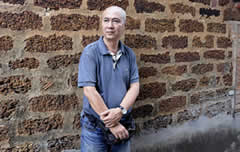 What’s poetry? That’s a question that never rises in a poet’s mind while he is writing. When the poet reads the other’s poetry, neither do that question. But whenever the poet has the feeling down, that question may appear, somewhere in his mind.   READ 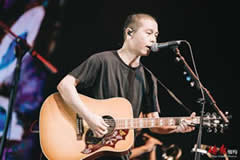 Poetry Should Not Be Defined By Poverty 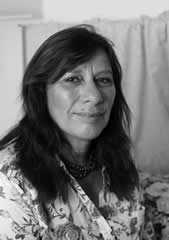 In 1964 the first book of Aboriginal poetry was published in Australia. It featured the writings of Oodgeroo Noonuccal (1920 – 1993), selling out in several editions, and ensuring her success as one of Australia’s highest selling poets. For most lovers of poetry around the world this must seem very recent. Aboriginal Australian culture is deemed the oldest cultural continuum in the world. Hence the publication of ‘We Are Going’ by Oodgeroo remains a realistic calendar of the uprising by Aboriginal people, using literature as both expression and protest.    READ 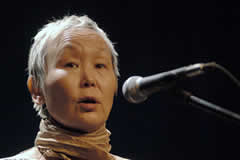 What is a song in the original meaning of the word? It is essentially a short story, conveyed within a compact musical form. By means of a song it is possible to discern the epoch, the customs and the ways of the time that the song was created. A song is capable to carry within itself an entire historical cultural domain. It is not in vain that the saying goes: “the song is the soul of the people,” since by means of a song it is possible to convey through the words and the music not only the emotions but the sign of the time when this or that song was created.    READ 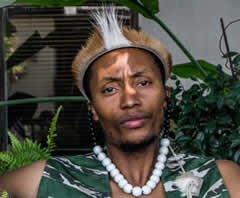 By Hector Kunene
Special for Prometeo

We live in the society that forever changes. Change on its own is good but not easy. We are not taught how to accept change. More especially when change has to start with us and within us. It is not easy at all. On the broader perspective, every household has its rules and regulations. Whether one grows in Africa or in Europe, the same rule applies, we are all growing under a hand that feeds us what it is exposed to. You can never take someone to where you have never been unless you are a prophet. So growing up is a process that guides us throughout our journey of life. Whether we like it or not, change directly affects us.   READ 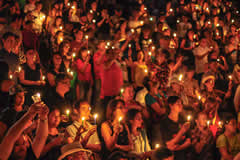 Sentiments of indignation and disappointment have been filling the forums and cultural newsfeeds and newspapers in Latin America and the world, upon the announcement from the Ministry of Culture of Colombia that it will not provide economic support this year to the International Poetry Festival in Medellin, an event which was declared National Patrimony of the country in the year 2009, and which was therefore under law supposed to receive 550 million Colombian pesos (approx. 101 million euros) yearly for its development.’   READ 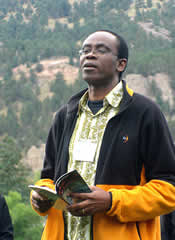 Poetry and song capture our understanding of life and provide us with platforms to express ideas that may otherwise be inexpressible. Poetry represents memory as well as vision. It is the chant as well as the wail. It could come as joyous and exuberant calls, it could also come as a dirge marking the crossing of the slim line between here and there, between life on this plane and life across the river. The poet could be a story teller, the griot, or the prophet. With eyes closed she sees worlds that open-eyed folks are unable to comprehend.    READ

Who knew that Māori poetry has been written in English for over 120 years? Arc Publications are known for their translations and there are many readers who would have welcomed a volume of poems translated from the Māori in preference to this. Then again, as Māori novelist Keri Hulme, informs us: ‘Māori is a word-of-mouth language, it has only recently been turned to print, and a great deal of its mana and strength still lie outside the blackened word…’ The blackened word – how extraordinary!’   READ

The Power of Poetry for Global Transformation By Carl Ruck
Special for Prometeo

The ancient Romans called a ‘poet’ a vates, which is to say, a ‘priest’ or shaman, as in the Vatican, named originally for the hill of oracular shamans in Rome even before it became the home of the Popes. Its most basic etymology relates the vates to the ‘voice’ or vox of the speaker, traceable back to the Sanskrit vad, ‘go forth’ and vat, ‘arouse spiritually.’   READ