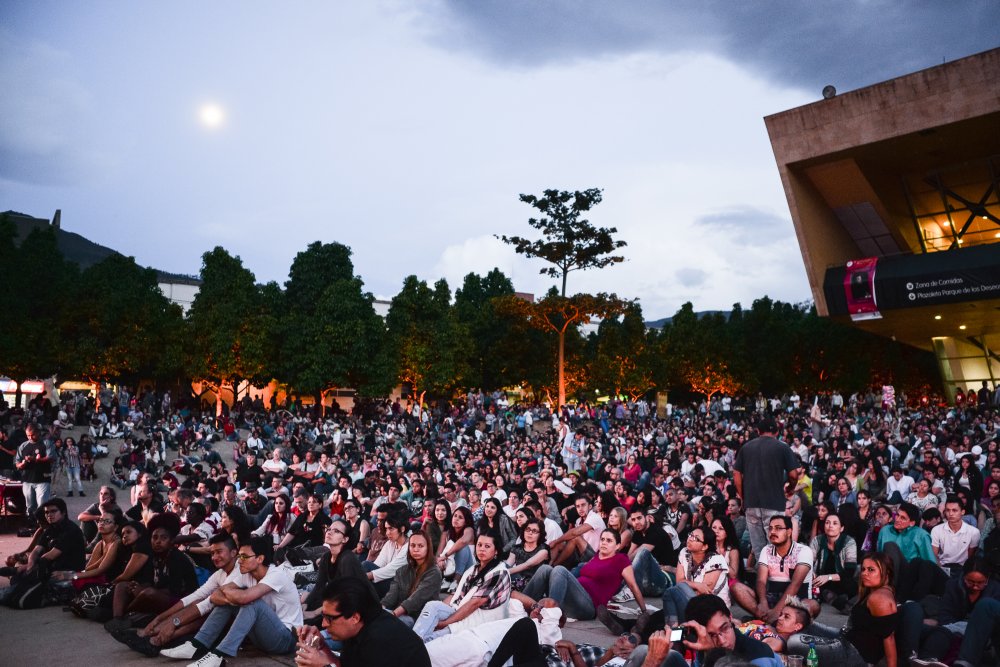 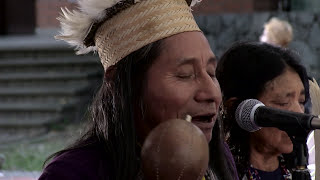 The 26th International Poetry Festival of Medellín manifested itself in the poetic dimension of reconciliation, embrace and renewed friendship. A lucid community was convened in 165 acts, producing a new song that celebrates life in a city full of panic and fractured love; its massive response was a reaffirmation of the advance of the collective deployment of a spirit of peace and coexistence, strengthened by the momentum of poetic word.  READ

Memory of Eleusis: to transcend barbarism
Memory of Arthur Rimbaud: to transform life 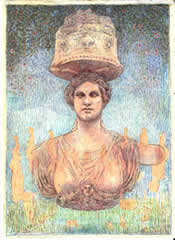 Europe is, in its core, an offshoot of Greek culture, civilization cradle of art, literature, philosophy, architecture, medicine, astronomy and democracy, on this side of the world. And Greece comes from the spiritual ebullience lived in the ceremonial rites of Eleusis during 2,400 years transforming the barbarian nation of pelasgians, ancient Aegean inhabitants, in the refined Greek community, and a sum of warring city-states in the country Homer, Aeschylus, Aristotle, Herodotus, Asclepius and Phidias.   READ

Dear translators and actors who read our poems,

It was one month ago that the 26th World Poetry Festival had started for all of us with that amazing crowd at the opening.

There followed an intense week with all of us going to different places, thereby getting to know Medellin and other location. Poetry on the move, or rather it reflected what the city has done in terms of culture to bring about a peaceful co-existence.  READ

POETS, ARTISTS AND OTHER INVITED 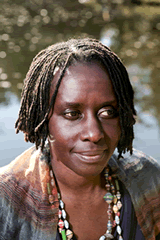 Perhaps peace is a kind of silence of the heart, a heart silence, like the company of my shadow, ever silent, ever with me. It has been said that your shadow leaves when you die. If peace was like my shadow then it would fly away when I died and then my body would remain outside the boundaries of peace and then what?

Perhaps peace is quiet, not silent, like a sleeping child but that only works as long as the child remains asleep but who wants to have a child that remains asleep all the time?   READ 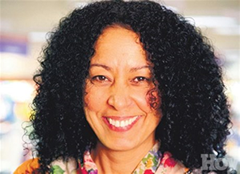 At five I knew all about war / and about strolling in the meadows / under the ochre embrace of the sun / I knew I was a warrior / Only warriors understood el Masacre / flowed one way then the other // Each time we parted the water / my father would smile and say / “This is how we know God” / His words leaping / from one side to the other / my voice tugging at the mountains // .   READ She born in England and came to Colombia where she finished her studies in archeology. During seven years they were dedicated to anthropological investigations, especially among the Murui-Muinane Indians of the lower Putumayo region. Then she studied medicine and after graduating from the School of Medicine, Juan N. Corpas (Bogotá) and specializing in dermatology in England, she continued to work in indigenous and peasant communities throughout Colombia, including Putumayo, Cauca, Sierra Nevada, Boyacá and Cundinamarca.   READ 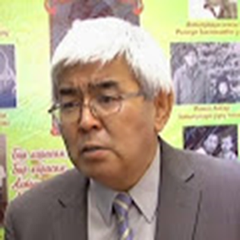 He is poet, novelist, translator, editor, journalist, university professor and diplomat. He was ambassador for his native country in Kazakhstan and Malaysia. He is also the president of the Association of Writers of Kyrgyzstan. He is the author of eight books of poetry. His works have been translated into some of the major world languages. He has translated into his native language works of Byron, Goethe, Ho Chi Minh, L. Levcheva, and other contemporary writers. He has received various awards in his country for its contribution to the development of literature in Kyrgyzstan, including the "Honored Worker of Culture of the Republic of Kyrgyzstan".  READ She is a poet, translator, and essayist. She graduated from the Graphics Department of the Academy of Fine Arts in Warsaw. She is the author of poetry books: Biuro podróży (Travel Agency, 2006), Białe krzesła (White Chairs, 2012), Czas i przesłona (Time and Aperture, 2014). For her second book, Białe krzesła, she won Kościelski Award (2013) and the Wisława Szymborska Award (2013). Her poems were translated into English, German, Russian, Swedish, Italian, Greek, French and Portuguese. They were published in various literary magazines in Poland as well as abroad (Akzente, Sinn und Form, Harper’s Magazine)   READ 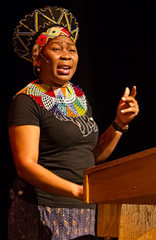 She was born in Hammarsdale, South Africa on October 24, 1959. She is a poet, activist, fighter for freedom, playwright, actress and story teller. She is one of the few woman storytellers in her country. Her action is dedicated to preserve storytelling as a means of keeping history alive and inviting South African children to keep the cultural tradition through the reading. She tells her stories in English,  Afrikaans,  Zulu and  Xhosa.   READ 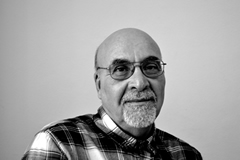 He was born in 1952, in Tripoli, Libya. He is a poet, translator and physician. He has published nine books of poetry, seven books of translation and one novel. A selection of his works was translated by Brenda Hillman and Dialla Haidar and published in the USA, 2011. The ancient testimony about the religious experience offered to thousands of pilgrims in the sanctuary of the Goddess in the tiny village of Elefsina (Eleusis) some eleven miles west of the great city of Athens is unanimous. The Homeric Hymn to Demeter declares that it was essential to the art of living: “Whoever among men who walk the earth has seen these Mysteries is blessed, but whoever is uninitiated and has not received his share of the rite, he will not have the same lot as the others, once he is dead and dwells in the moldering tomb beyond where the sun goes down.”   READ

Back to Eleusis: An Interview With Carl Ruck 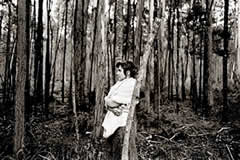 She was born in Sydney, Australia in 1970. She is a poet, photographer and composer. She studied Music at the Conservatory of Music in Melbourne and at the School of Music in Canberra before earning a doctorate in Composition and Musicology at the National University of Australia in 2004. Following her doctoral studies with Larry Sitsky, Judith continued to study composition with Emmanuel Nunes in Paris in 2005..   READ

‘I Protest through Songs and Poetry!’
Interview with Mohammed El Deeb 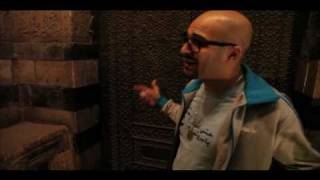 Born in Cairo in 1984, Deeb left Asfalt in 2007 to found Wighit Nazar [‘Point of View/Perspective’] together with Mohamed Yasser. This successful music project, which in the realm of Arab hip-hop took people by surprise with its positive, sarcastic wordplay, lasted until 2010. With its determinedly positive approach, the music project tried to provide a counterpoint to the general mood of society: under Mubarak, the people were governed by a regime of negativity.   READ Keki Nasserwanji Daruwalla was born in 1937 in Lahore in undivided India. In  1945 his father Prof. N.C. Daruwalla retired from Govt. College Lyallpur (now  Shah Faizlabad) and moved to Junagadh as Tutor and Guardian to the Prince.  His latest novel Ancestral Affairs (Harpercollins, 2015) dwells on Junagadh’s  disastrous accession to Pakistan in 1947. From Junagadh the family moved to  Rampur in UP in 1948, where he first studied in Baqar School and later Raza  Inter college.   READ 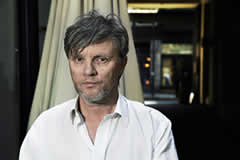 He born 1955, live and works in Kristiansand, Norway. He is a celebrated poet and filmdirector, working with the band I Sing My Body Electric. His debut in 1980 with "Offerfesten, tekster og dikt", was followed by a number of books, the latest "Bella Blu, Håndbok for verdensrommet", Sci-fi poetry, "Solen sukker i min sko", short stories, and "Jeg skriver språket", a poem, 2015. Terje Dragseth is awarded the Norwegian State 10 year artist grant   READ

Open letter To The King of Saudi Arabia Salmán
Bin Abdulaziz, For The Life of Poet Ashraf Fayadh The poet, art curator and Palestinian refugee Ashraf Fayadh, was sentenced to death by beheading, on November 17, 2015, by decision of the government of Saudi Arabia, due to the critical, political, social and religious content of some of his poems, included in his book Instructions Inside, identified as as blasphemous and instigator of atheism.

Arrested in January 2014, Ashraf Fayadh had been sentenced to 800 lashes and four years in prison, but his case was reviewed and a judge of the General Court later sentenced him to die beheaded.   READ

An Interview with Bruce Weigl 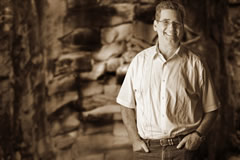 The first collection of poetry by one poet that I purchased in my life was Pulitzer Prize-nominated Song of Napalm 1, by Bruce Weigl. It was 1990, I was enrolled in his 'Introduction to Poetry' class, and was the first of his students to show up at the Penn State Book Store for his book signing.  READ

Poetry and philosophy in the global age By Hatto Fischer
Special for Prometeo

In a global world marked by uncertainties, injustices and wars, the human spirit is needed all the more…

To shine in the light of poetry, that is simply wonderful if it happens. Something else happens, if one is found standing underneath a bridge, in its shadow!

The shadow entails already a curiosity based on wondering 'what if?' Such an observation is more apt to be called a philosophical remark. It can be used to formulate the question: what about our perception of things, people and of ourselves living in this world?  READ 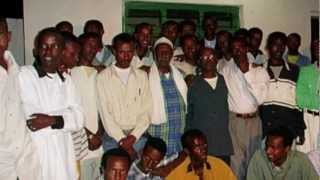 By Rebecca Miller
From http://myhero.com/

"This respected poet is to the Somalis what Shakespeare was to the English...his poems and literary works reflect on all aspects of life such as social ills, politics, love, peace and the agony of the Somali people."
- Ahmed Hussein Kahin

Mohamed Ibrahim Warsame, better known as Hadraawi, is Somalia's most beloved poet. He was born in Togdheer in Northern Somalia (1943). When of school age, he left his sister and eight brothers to go live with his uncle in the Yemeni port city of Aden. While at school, he became known for his wonderful storytelling about lions, jackals and hyenas.   READ